3 inverters, 6 powerwalls, what to do 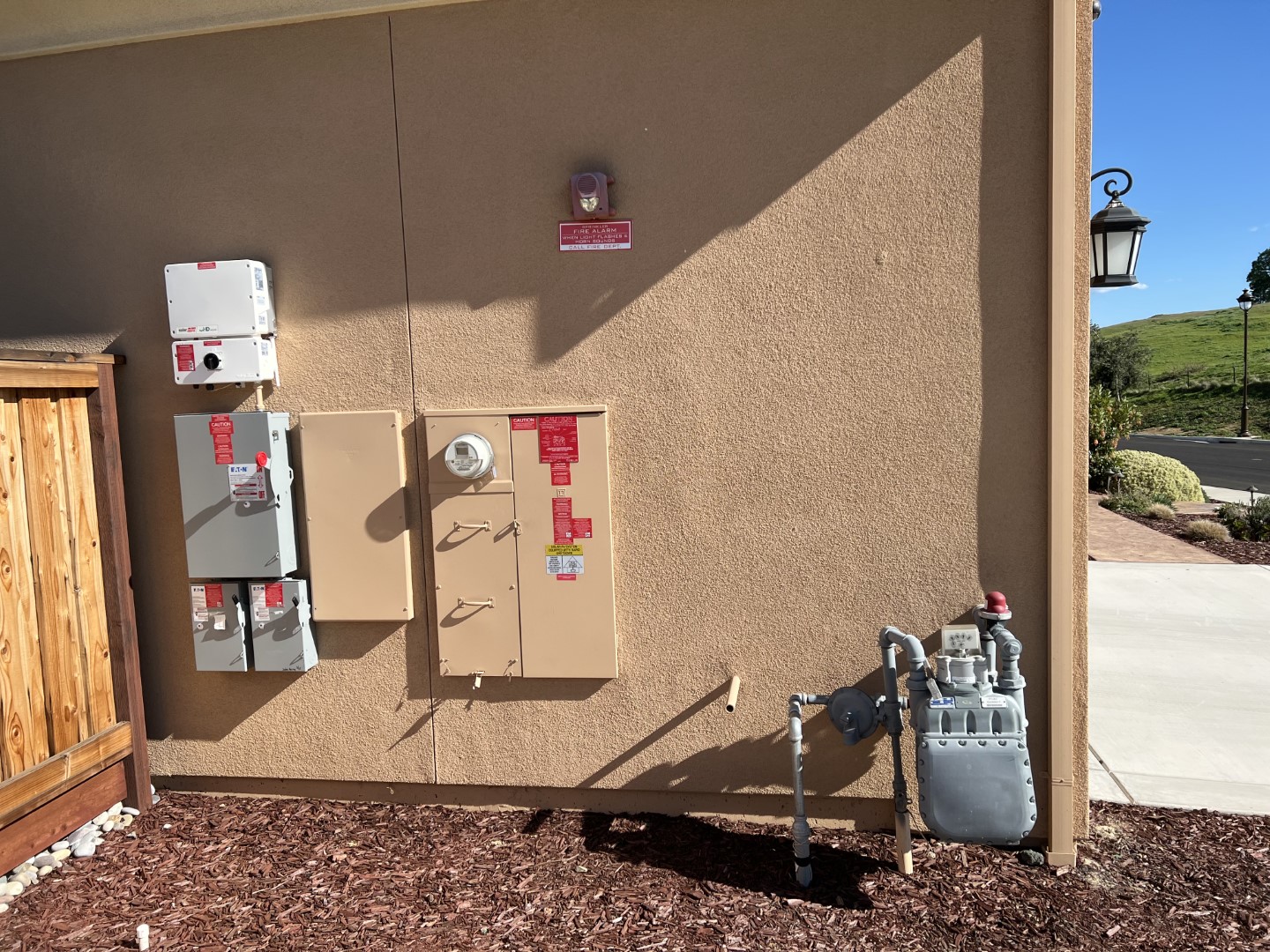 I’ve been trying to get Tesla to help me solve this planning before I get an electrician to upgrade my service from existing 200amp. Maybe someone here has some thoughts if you’re kind enough to suggest.
I have 2 Solar Inverters already (Solar City 2018, Tesla 2021) with 24 panels each.
I have 4 powerwalls presently. Large house with pool, now have 2 Tesla cars, 2 refridgerators, 2 AC’s, large washer dryer, double oven, steam oven, etc etc etc. I plan to switch the two gas heaters to electric heat pumps. Only sharing so people understand why I want to upgrade electric service. I also just don’t trust PGE is going to handle wildfires and massive incoming electric car demand as it grows quickly year/year. I expect outages to grow noticeably. I am in the East Bay of the San Francisco Bay area.

I have another order in for 2 more powerwalls and 1 more 24 panel Solar install ( 1 more inverter). They actually came to install then stopped that day when I mentioned I wanted to upgrade service (after waiting the standard 4-5 months for them to even start). They wanted me to do that first, so they left that day to have some free time. They don’t respond to questions and my electrcian is stuck waiting for a plan/approach for his part. Guess they are pretty busy I expect.

I have done all the calculations. I won’t even break even over 1year in my electric use with added Solar/powerwalls (about ~26kw Solar). I will still be using some PGE electric, mostly due to cars and commutes. The heatpumps I will swap in later will push the need higher for more PGE power.

My question is how to organize the wiring if I upgrade service to 300amp (or even 400amp but that takes a new outside panel). My understanding is the Tesla Gateway can’t handle more than 200amp.
1. My outside panel and Meter are already rated for 300amp/320amp respectively. The outside panel has an unused area to add the extra 100amp circuit, while the main 200amp circuit is what is used today of course.
2. Tesla left a very large 400amp panel (max 325amp per “stab) in my garage that day. That apparently could take both the 200amp circuiit and the new 100amp if I added it. I don’t understand how that would work unless they planned to connect the Tesla Gateway to the 200amp circuit only, and then the second was meant to not be backed up?
3. Can a Tesla Gateway even support 3 breakers for 3 Solar inverters and the 6 powerwalls. Apparently they can just connect a smaller load center and that should be ok to be able to connect it all. The Tesla Gateway has only 4 slots internally and all 4 are presentlyfull in mine so I guess they move them all out to another load center connected to it. I don’t think that is too much for the Gateway.

I am assuming so far I will have to select a number of home circuits to put on the 100amp circuit which the Gateway will not backup (eg pool and maybe 1 car charger, steam oven,…).

Other thoughts? Or is there some way they were planning to have the Tesla Gateway with all the solar and Powerwalls connect to this large 400amp panel and do whole home backup. That doesn’t seem right though load wise maybe. Thanks for any help/ideas.

I’ll add the current wiring diagrams in the next post, too many for one post. I numbered them in the order electricity flows based on the wiring diagrams.