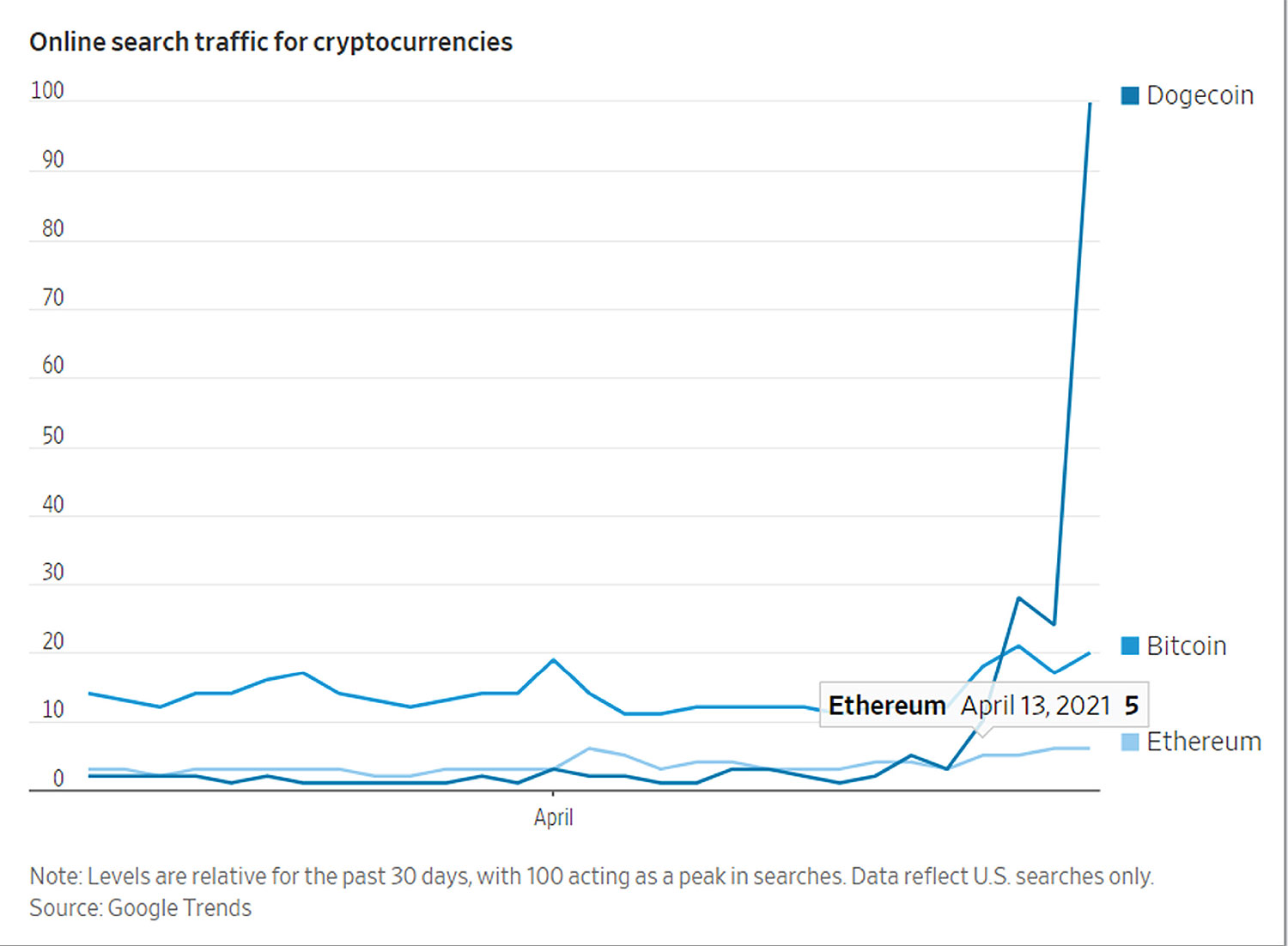 Doge has a fixed 5 billion new coins a year.

As time goes by, the yearly dillution will become a smaller and smaller % of the whole – and eventually = close to zero.

The argument that “it’s mega high inflation but in 20xx the inflation as a % of total coins will be really small!!!” hinges on the circulating supply having enough adoption for that entire scenario to even be feasible. Which it won’t, because Dogecoin is worthless. It literally does nothing. It’s a pet rock.

It’s not like Tesla because Tesla has revolutionary technology. In contrast, Dogecoin has no smart contract capability, which is the foundation for most blockchain application utility today.

It’s not Bitcoin because it doesn’t have the scarcity or brand value. Institutions are loading up on Bitcoin; they’re not loading up on Doge. What’s the catalyst to change that when Bitcoin’s already hit $1 trillion market cap and possesses such dominant mindshare in society?

They’re POW, and despite Elon Musk’s pleading to have development on it, it took the Ethereum Foundation half a decade to move over to POS (and it’s still not gonna be done for a year-ish).

There’s no futures market for Dogecoin, no options market, no institutional demand. It’s all retail speculation.

Just because Elon likes and wants to push for Dogecoin doesn’t make it a legitimate good investment. That’s like someone thinking Tesla sucks because Bill Gates said dismissive things about the company.

My day job is Head of Marketing for a billion dollar crypto ETF company. There’s many incredible use cases of what blockchain technology can do (like provide 10% stable interest rate on CASH, 0% interest rate loans with decentralized finance, etc. etc.). Dogecoin…does….nothing.

Ethereum is real. Bitcoin is real. My personal favorite blockchain, the Terra Ecosystem, is downright Tesla-level disruptive. There’s a lot to be excited for if you’re searching in the right places.