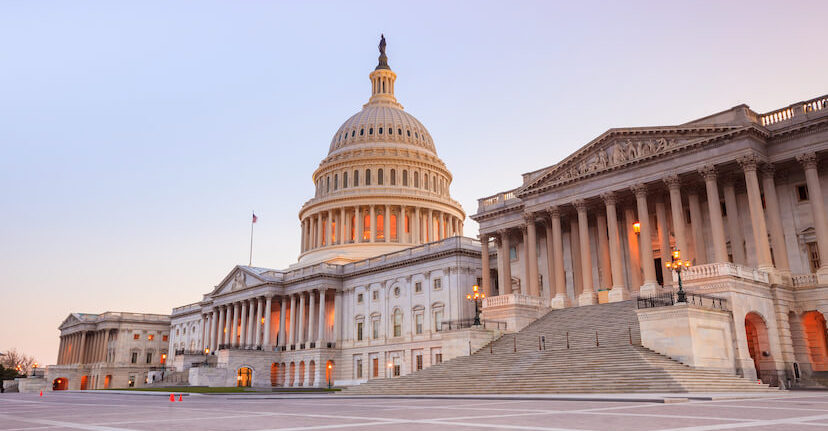 On Nov. 22, 2022, the U.S. Department of Education announced another extension of the pause on student loan repayment, interest, and collections. Payments may not resume until as late as 60 days after June 30, 2023.

The Administration is extending the pause on federal student loan repayments to allow for the Supreme Court to rule in the case on the one-time student debt forgiveness plan.

The pause was set to expire on Dec. 31, 2022, after President Joe Biden extended it in August at the same time he announced the forgiveness of up to $20,000 in student loans for qualifying loan holders. At the time, the White House called that extension “one final time.” (It was the second time they said “final” though.)

Biden said the latest extension to 2023 is meant to “alleviate uncertainty for borrowers” as his planned changes in federal student loan debt are buffeted by legal challenges that could end up being decided by the U.S. Supreme Court.

“Callous efforts to block student debt relief in the courts have caused tremendous financial uncertainty for millions of borrowers who cannot set their family budgets or even plan for the holidays without a clear picture of their student debt obligations, and it’s just plain wrong,” said U.S. Secretary of Education Miguel Cardona.

The White House says, “Borrowers can use the additional time to ensure their contact information is up to date with their loan servicers and consider enrolling in electronic debit and income-driven repayment plans to support a smooth transition to repayment.”

Ending months of speculation on whether he would cancel federal student loan debt, President Biden in August announced that each American who earns less than $125,000 per year ($250,000 for married couples) will be eligible for $10,000 in federal student loan cancellation.

He also announced that qualifying Pell Grant recipients can receive an additional $10,000 in debt cancellation (for a total of $20,000 in student debt relief). Federal Pell Grants
usually are awarded to undergraduate students who display exceptional financial need.

Other reforms to federal student loans were announced, ranging from expanding the Public Student Loan Forgiveness Program to opening up income-driven forgiveness policies so that people burdened with loans can get more relief.

Federal Student Aid created a web portal specifically for applications for debt cancellation, and about 26 million Americans paying off federal student loan debt applied for that loan relief. (Currently, the portal is not accepting new applications while the Biden administration seeks to overturn a Texas court order to stop.)

According to the White House, of that 26 million who applied, 16 million borrowers have been approved.

But several challenges to student loan reform sprang up, coming at the White House from different directions. It has been blasted for being unfair in how it chooses recipients, a potential contributor to inflation, and an overreach by the President.

Biden’s plan was contested by six states that argued it evaded congressional authority and threatened future state revenues. Some legal experts question whether using the Heroes Act is appropriate. They point to a clause in the act that says action on student financing can only be taken to ensure people “are not placed in a worse position financially” because of the emergency.

In October, the 8th U.S. Circuit Court of Appeals granted a temporary stay to delay delivery of debt relief until the court ruled on an expedited appeal. The following month the court issued an injunction to halt delivery of relief.

Meanwhile, a federal judge in Texas declared Biden’s student debt relief program illegal. The administration has filed an appeal to this decision in the 5th U.S. Circuit Court of Appeals.

In November, the Biden administration filed an application with the US Supreme Court to vacate an injunction preventing the federal student loan forgiveness plan from going into effect.The U.S. Justice Department in a filing said that the ruling leaves millions of economically vulnerable borrowers in limbo.

The department also suggested the Supreme Court could bypass the appeals court and hear the dispute itself on an expedited basis, with a decision by the end of June 2023.

While these legal challenges play out, the Department of Education has stopped taking applications for debt cancellation, as noted earlier. Its site says it is holding applications that have already been submitted.

President Biden has extended the pause on federal student loans payments into 2023, although the exact date cannot yet be determined. This deadline was extended because of the legal challenges to Biden’s attempt to cancel up to $20,000 in federal student loan debt held by eligible borrowers. The additional time is supposed to give loan holders more time to deal with the resumption of paying.

Student loan refinancing is one way holders of debt can seek to make their student loan payments more manageable. If your federal debt is more than the amount of forgiveness you are eligible for and you are worried about rising interest rates, you can refinance just the amount that will not be canceled. Just know that the refinanced amount will lose access to federal protections and programs, including the payment pause that has been extended until 2023.

External Websites: The information and analysis provided through hyperlinks to third-party websites, while believed to be accurate, cannot be guaranteed by SoFi. Links are provided for informational purposes and should not be viewed as an endorsement.
Financial Tips & Strategies: The tips provided on this website are of a general nature and do not take into account your specific objectives, financial situation, and needs. You should always consider their appropriateness given your own circumstances.
SoFi Loan Products
SoFi loans are originated by SoFi Bank, N.A., NMLS #696891 (Member FDIC). For additional product-specific legal and licensing information, see SoFi.com/legal. Equal Housing Lender.

SoFi Student Loan Refinance
If you are looking to refinance federal student loans, please be aware that the White House has announced up to $20,000 of student loan forgiveness for Pell Grant recipients and $10,000 for qualifying borrowers whose student loans are federally held. Additionally, the federal student loan payment pause and interest holiday has been extended beyond December 31, 2022. Please carefully consider these changes before refinancing federally held loans with SoFi, since the amount or portion of your federal student debt that you refinance will no longer qualify for the federal loan payment suspension, interest waiver, or any other current or future benefits applicable to federal loans. If you qualify for federal student loan forgiveness and still wish to refinance, leave unrefinanced the amount you expect to be forgiven to receive your federal benefit.

Notice: SoFi refinance loans are private loans and do not have the same repayment options that the federal loan program offers such as Income-Driven Repayment plans, including Income-Contingent Repayment or PAYE. SoFi always recommends that you consult a qualified financial advisor to discuss what is best for your unique situation.

What I Discovered Beginning My Latest Weblog