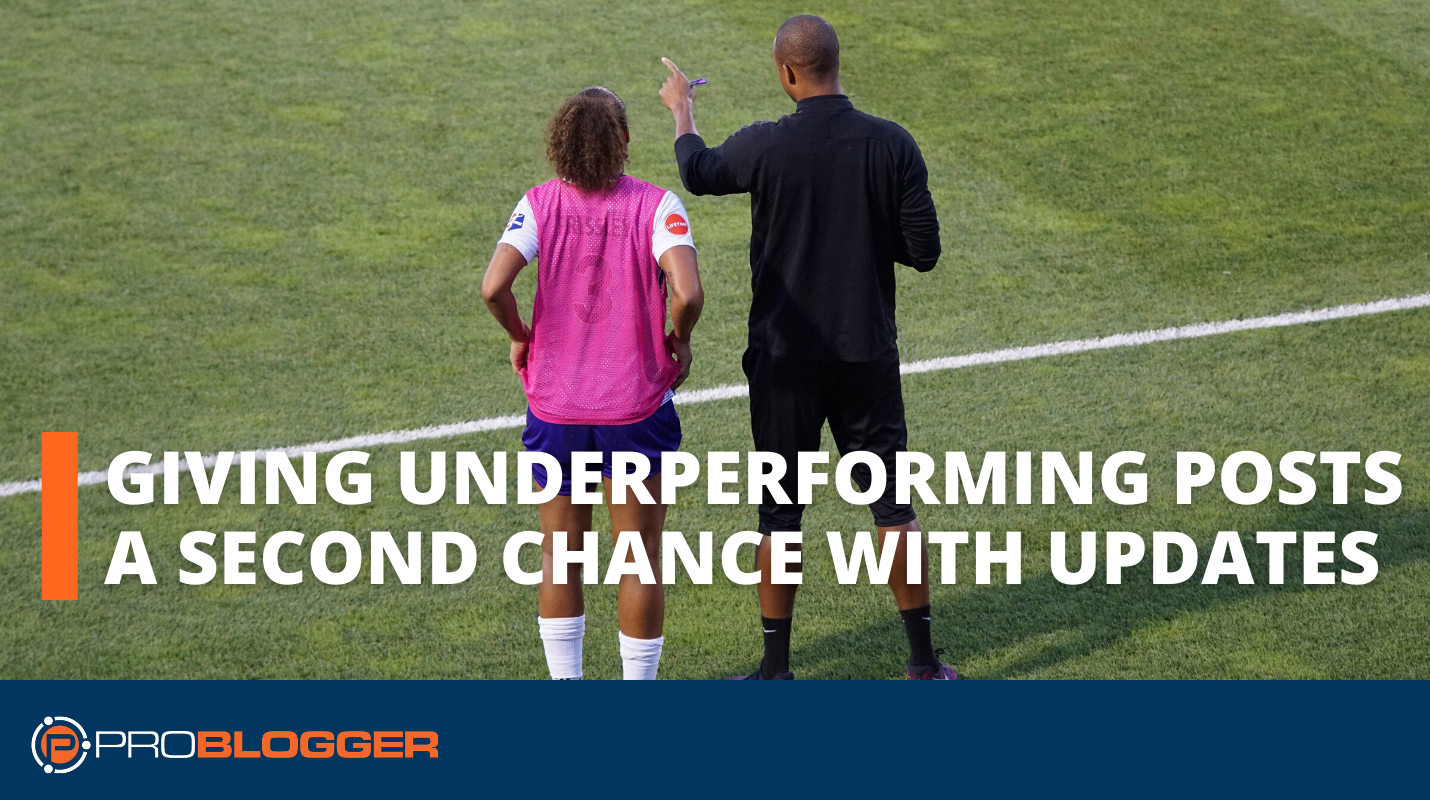 If at first you don’t succeed, try, try again….

Have you ever written a post that you thought would hit the spot with your readers, generate lots of interest and/or stimulate a great conversation and then find it fell flat on it’s face?

I have – in fact it happens all the time for a variety of reasons:

Many of these unsuccessful posts slide off the front page of a blog never to be seen or thought about again (by your readers or by you) – however, perhaps in time, they deserve a second chance. After all, you’ve put work into researching and writing them and with a second chance in the spotlight they could actually reach their potential and become more fruitful and rewarding to you as a blogger.

Over the last few weeks I’ve experimented on a number of occasions with giving old posts that I felt hadn’t lived up to their potential a second chance. I’ve done this in a few different ways with varying degrees of success but wanted to share the method that was most successful for me (as well as a few others at the end of this post).

The most successful of my experiments with giving old posts a second chance have been reposting them on the front page of a blog with updates.

I did this a few days back with a post on DPS on Slow Sync Flash. The previous version of the post had been posted back in January when my readership was considerably smaller than it currently is (ie most of my current readers wouldn’t have seen it before) and while it had been moderately successful in terms of generating comments I was never completely satisfied with the post (in terms of what I’d written and/or the traffic it got).

So I updated the post with a few tweaks that made it more useful, attractive and relevant and reposted it at the top of my blog (simply by changing the posting date in WordPress). I also included a note that it was an updated post at the end of the post.

IMPORTANT NOTE – I am able to do this at DPS because I have a permalink structure that does not include dates (ie it is just the BlogName/PostName not BlogName/Date/PostName as it is here at ProBlogger. if you have dates in your permalink structure you shouldn’t use this method as you’ll end up with a new URL for the post which can mean you lose any SEO ranking your previous version of the post had.

The results of this updated repost were significant with a front page appearance on Digg, large StumbleUpon traffic, being featured on the front page of Delicious and link ups from many blogs including a few authoritative ones.

The advantage of this method is that the post not only gets a second chance in the spotlight – but because it’s an established post with some Search Engine Ranking – the combination of the content being updated and new comments being added (Search Engines like fresh content), the appearance on your front page and the extra links that the post might generate means that the post will build it’s SEO authority.

This approach works best on evergreen or timeless posts – particularly ‘how to’ or ‘tips’ posts.

Other ways of updating content and giving it a second chance

The reposted update is something that has worked very well for me on a number of occasions. However there are other ways to give an older post a second chance including:

So do you update posts? If so how do you do it and have you had any success with doing so?

Discovering Readers for Your Weblog