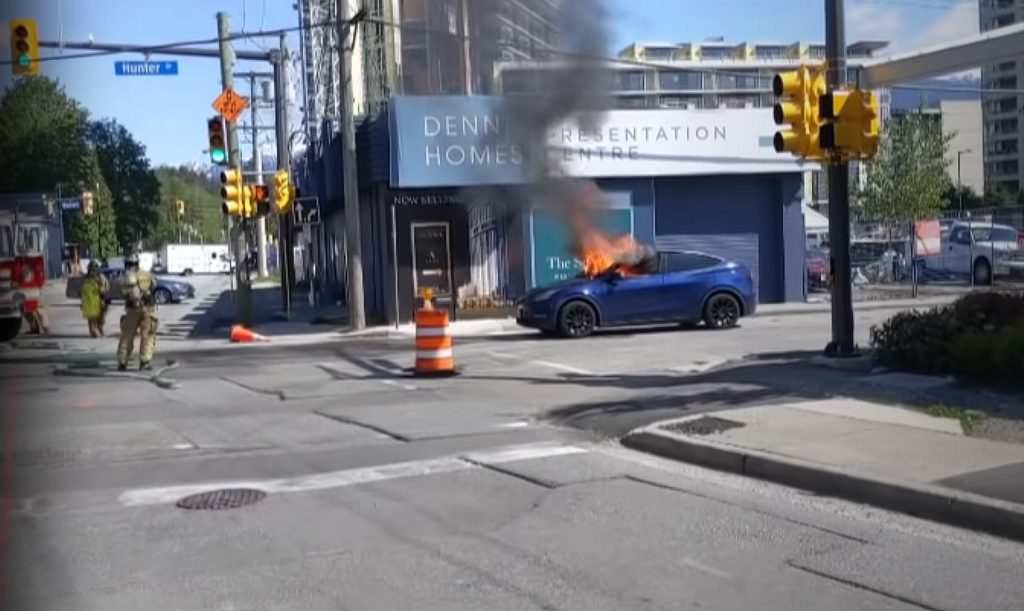 The National Highway Traffic Safety Administration (NHTSA) reached out to Tesla and asked for information on the Model Y fire incident that recently occurred in Vancouver, Canada.

The NHTSA told Reuters that it is “aware of the incident and has reached out to the manufacturer for information.” The agency did not disclose any further information on the subject.

Jamil Jutha’s 2021 Tesla Model Y unexpectedly caught on fire during a drive in North Vancouver a few weeks ago. According to the Model Y owner, the car started filling up with smoke through the air vents after it lost power. Jutha had to break the vehicle’s window to escape the fire after his car shut down.

“My car just started going into flames, not flames, but it’s smoking up, my battery died on my Tesla, and I don’t know what happened,” Jutha said in a video taken during the incident. “All of a sudden, the battery started smoking. My car just got set on fire. The whole car is on fire right now.”

In its 2021 Impact Report, Tesla claimed that fire incidents for its vehicles were ~11x lower than the average vehicle in the United States. According to the National Fire Protection Association (NFPA), vehicle fires accounted for 15% of fires in 2020. Tesla offers online information for first responders to help in incidents like the recent Model Y fire in Canada.

Grow to be a Companion | Lendio